A gripping tale of human drama told in a world where science fiction has melded with fantasy.

A gripping tale of human drama told in a world where science fiction has melded with fantasy.

LIGHTKRAVTE is the first entry in the fault - SILENCE THE PEDANT (StP) series, which tells Ritona's story of becoming Princess Selphine's Royal Guardian through the perspectives of her friends in an omnibus collection of short-form stories.

LIGHTKRAVTE is the first entry in the fault - SILENCE THE PEDANT (StP) series, which tells Ritona's story of becoming Princess Selphine's Royal Guardian through the perspectives of her friends in an omnibus collection of short-form stories.

Completion of previous titles in the series is not required to enjoy fault - StP - LIGHTKRAVTE, but will undoubtedly improve the experience.
More fault Series Info

Watch your favorite characters come to life like never before with beautifully hand-crafted animations that match the scene and ambience!

Khaji’s dream is to become a painter, and he works diligently to improve his skills.Day after day, he practices, and day after day, he is forced to confront the superior talent and creativity of his peers. His confidence grows increasingly battered, but his days remain unchanged, ordinary and peaceful as ever...

Until a shocking revelation shatters everything he thought he knew about himself and the world around him.

Khaji’s dream is to become a painter, and he works diligently to improve his skills.Day after day, he practices, and day after day, he is forced to confront the superior talent and creativity of his peers. His confidence grows increasingly battered, but his days remain unchanged, ordinary and peaceful as ever...

Until a shocking revelation shatters
everything he thought he knew
about himself and the world around him. 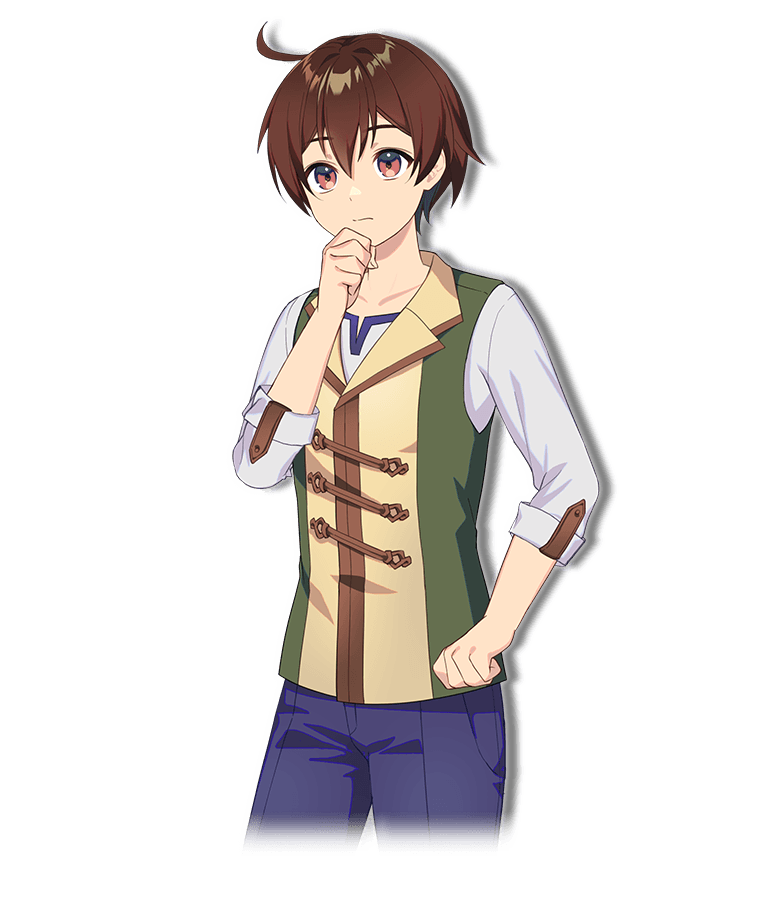 An ordinary boy of entirely unremakarble talent. His hobby is deciphering old texts.Despite being the heir of Oberg Fruit Farm—designated supplier to the Grand Kitchen—Khaji's dream is to become a painter. Why? Simple. Because he loves looking at girls. And he wants “some sort of physical representation of their beauty.” Like portraits. Which he insists on painting himself.He runs up against a wall, however, when he discovers that effort alone will not suffice to compensate for his egregious lack of skill and sense. Hoping to get his mind off this disheartening realization, he heads to Perchwood, the private gathering spot of his group of rather eccentric friends. 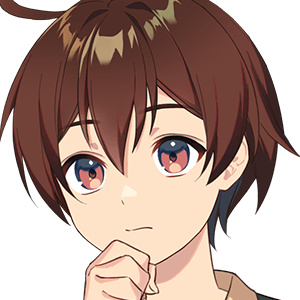 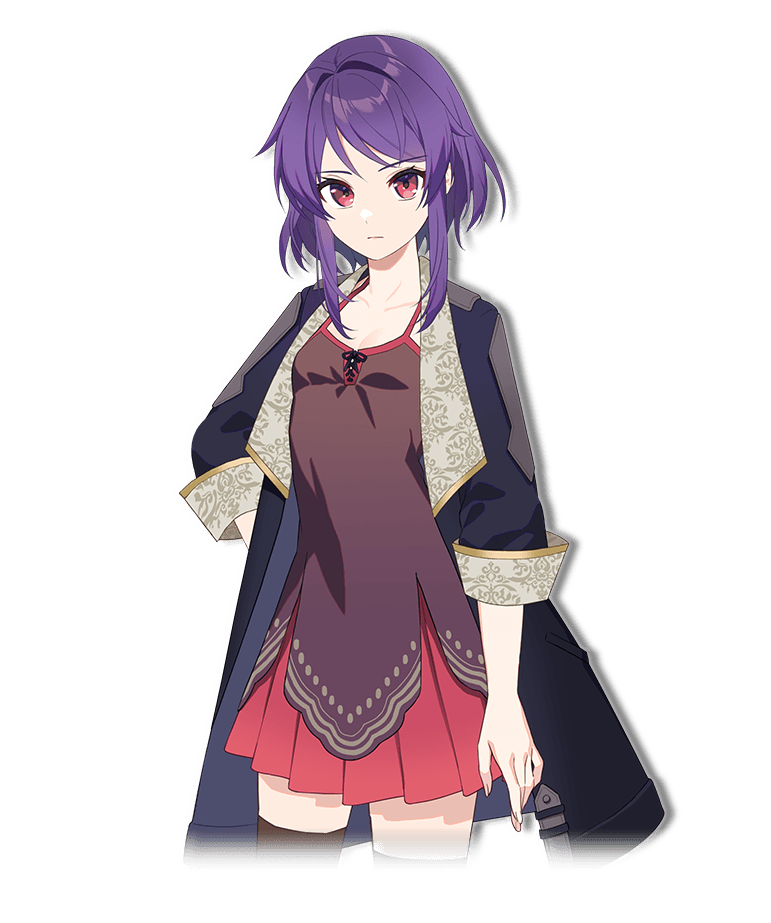 The descendant of the family that has served as the Rughzenhaide royal family's Guardians for six generations. Her parents passed away in an epidemic before she was even able to remember them, and she was raised by her grandfather instead. Having been brought up to serve as the Guardian to the heir of the throne, Princess Selphine, her manner of speech and inclinations are like those of an old man's.

She passed the test for the Terra type at the age of ten, becoming the youngest person in the Alliance to gain the kravter's rank of Singlekravter. It is said that a person with such talent as hers only appears once every ten years, and so she became famous across the country. Her behavior has become very aggressive since her grandfather lost his life in the line of duty, and she is now infamous for it. 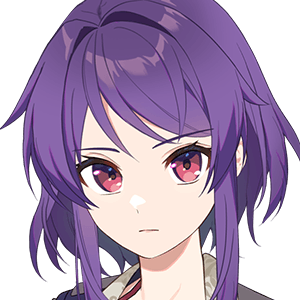 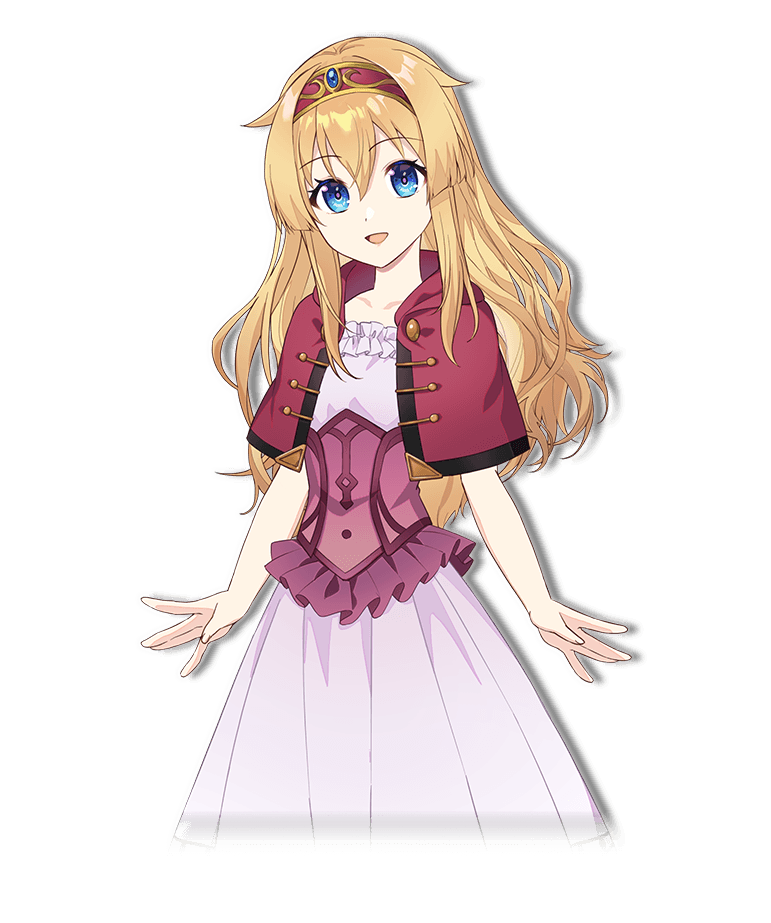 The ninth generation of the Rughzenhaides and future ruler of the kingdom. She has a vibrant and lively personality, yet has difficulty becoming close with people. She empathizes strongly with Ritona, who is a close childhood friend of hers, having lost her own mother to the same illness as Ritona's parents. Lately she has been having trouble concentrating, sleeping 16 hours or more in a day, and misplacing things, and is worried that this is due to the effects of the Path-down.

She has a bad habit of snatching away food to snack on, especially her favorite, pomegranates. Currently she is waging a fierce war with Mili, the head of the kitchen; Selphine tries to sneak pomegranates out to eat, while Mili does her best to stop her. 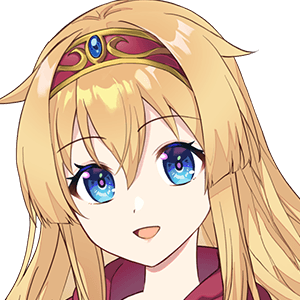 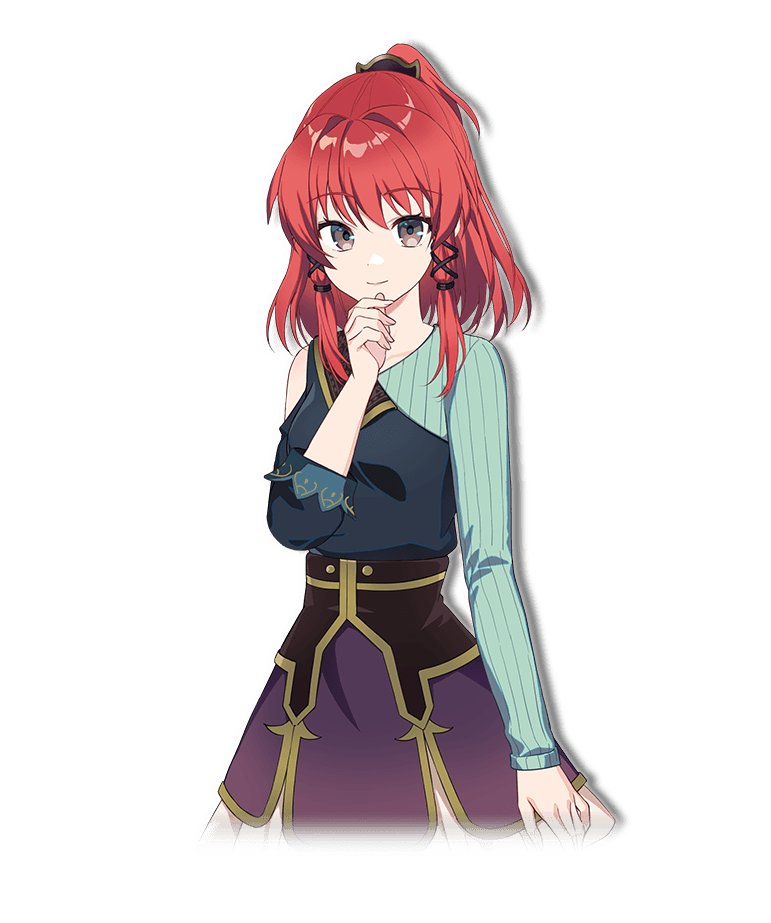 The second daughter of the Serenhaide family, which has served as the Rughzenhaide's cabinet; when in a group, she often finds herself to be both leader and the one to set the tone of the group due to her wisdom and ability to read the mood. Due to a certain incident, her older sister received a great deal of psychological trauma, and Flora now cares for her on a daily basis. This may be the reason why she has a tendency to look after others.

Despite her compassionate side, she absolutely hates losing and refuses to show weakness to other people. She constantly maintains top grades in the CLOQKS. However, Flora possess a hidden complex due to her peers. Adia who freely enjoys her life as she sees fit, and Ritona, a prodigy who thinks little of her talents is starting to wear on her. Even she herself admits that she wants some kind of special talent. 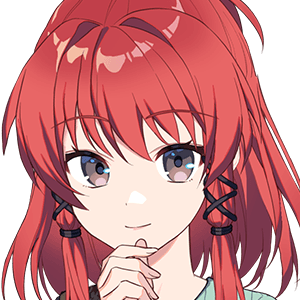 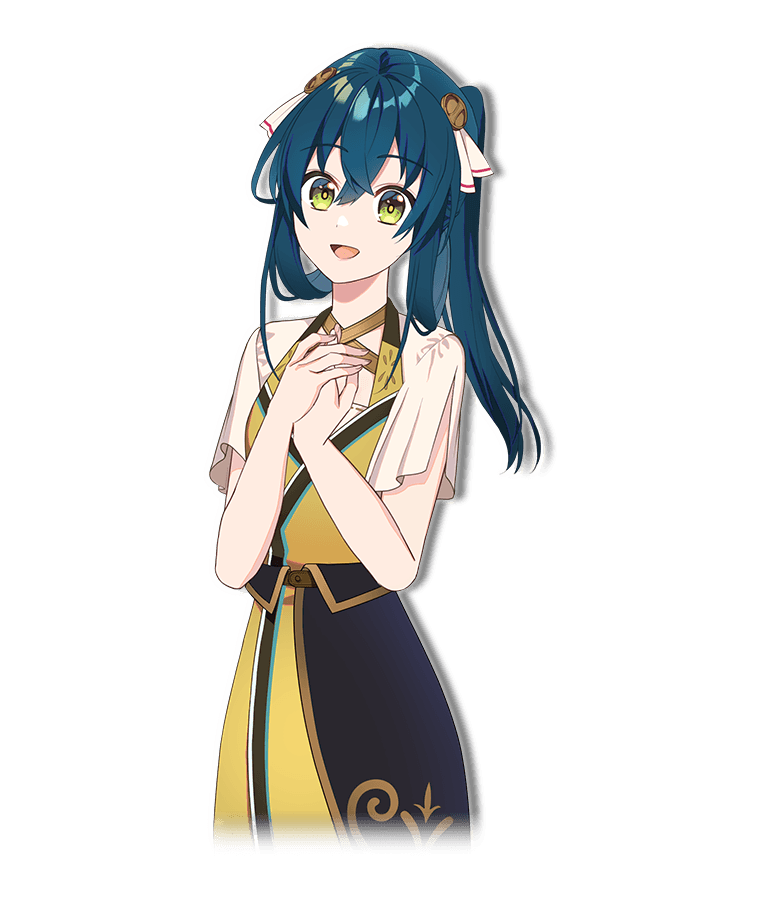 Adia is currently training to be a fhariner, or boatman, for the fharin, one of Rughzenhaide's primary modes of transport. She always has a smile on her face and a skip in her step, has no trouble getting along with anyone, and almost never gets down about anything. Ritona is of the opinion that her personality is "superhumanly good".

Adia lives in a dormitory run by the Serenhaides, but she has a surprising daring streak, and is known to sometimes sneak out at night. As a fhariner, her grades are as average as they get—she worries a little that her peers might all graduate ahead of her. She isn't exactly hiding it or anything, but she actually has a boyfriend. 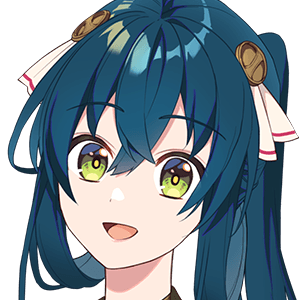 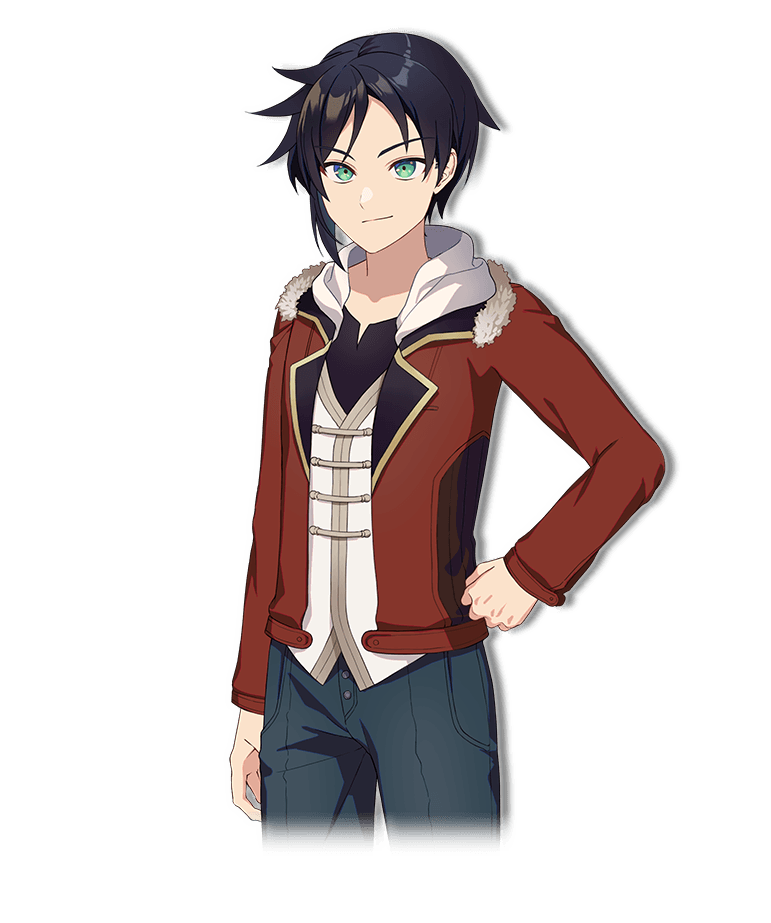 Most people are scared away by Miishah's sharp gaze, but he has a strong sense of camaraderie and does his best to look after others. However, as long it doesn't get anyone hurt, he doesn't bother to follow the rules, and this has earned him a reputation as a delinquent with the adults around him.

He was born in the Wall District, among the lowest tier of Rughzenhaide's citizens. However, his parents were both taken by the Black Dawn Epidemic early in his youth, and he grew up in an orphanage. From there, he was adopted by Calhna Rugulus, a fellow citizen of the Wall District. Though he is now a normal citizen of Rughzenhaide, they still carry some stigma due to their origins in the Wall District—not that either of them seem to mind. Both of them spend most of their time outside, and they don't usually spend time together at home.

Currently, Miishah has set up camp in Rendel Forest with his fellow "dropouts", where he passes the days playing pranks. He is also engrossed in brewing alcohol, as well as making pickles. 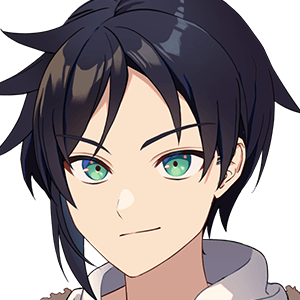 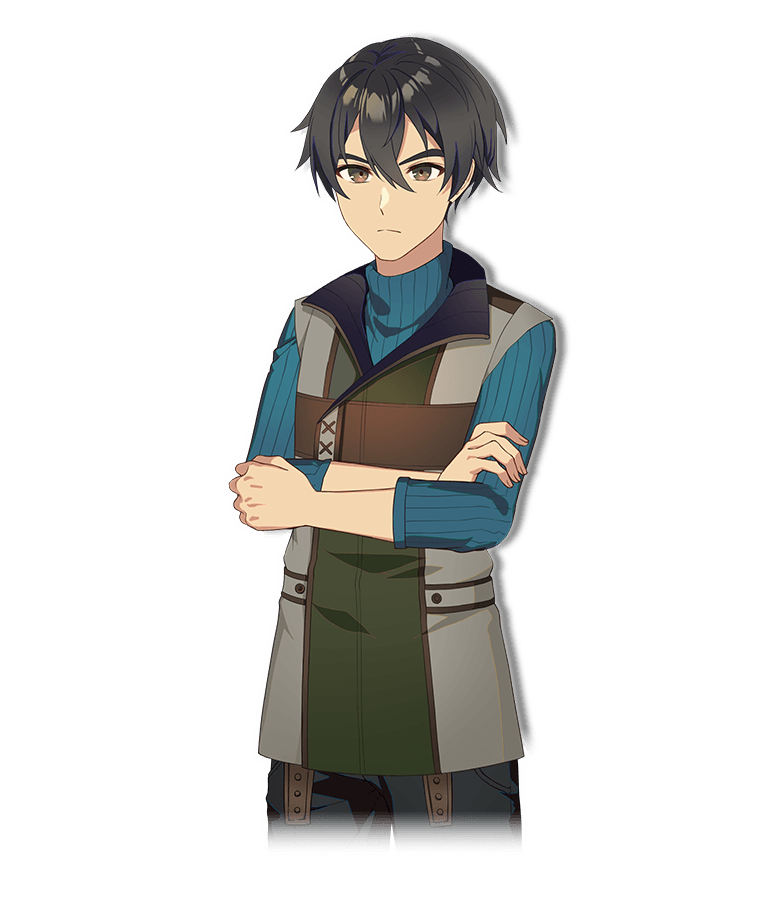 Riggs was born in the Union, a group of countries ideologically opposed to the Alliance. Thanks to an arrangement by his uncle, an Alliance sympathizer, he now lives in Rughzenhaide. Unfortunately his uncle wasn't able to come with him, and without anyone to take him in, he was raised in an orphanage in the Wall District.

It is customary with the Union's mana techniques, "Mhakna Kiach", to receive a special tattoo at an early age. This tattoo is normally invisible, but glows when using manakravte in the Alliance style, and the other children in the orphanage avoided Riggs, finding his tattoo eerie. The one and only friend he has made in the orphanage is Miishah.

He has a gentle personality and doesn't speak up much, preferring to prioritize those around him. However it's also a shortcoming; he isn't interested in achieving anything himself, and tends to give up quite easily.

Riggs is proud to have been raised in Rughzenhaide and wants to find work that will benefit the country. For now, though, he puts more importance on going along with Miishah's pranks and tomfoolery. 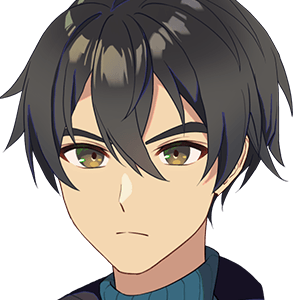 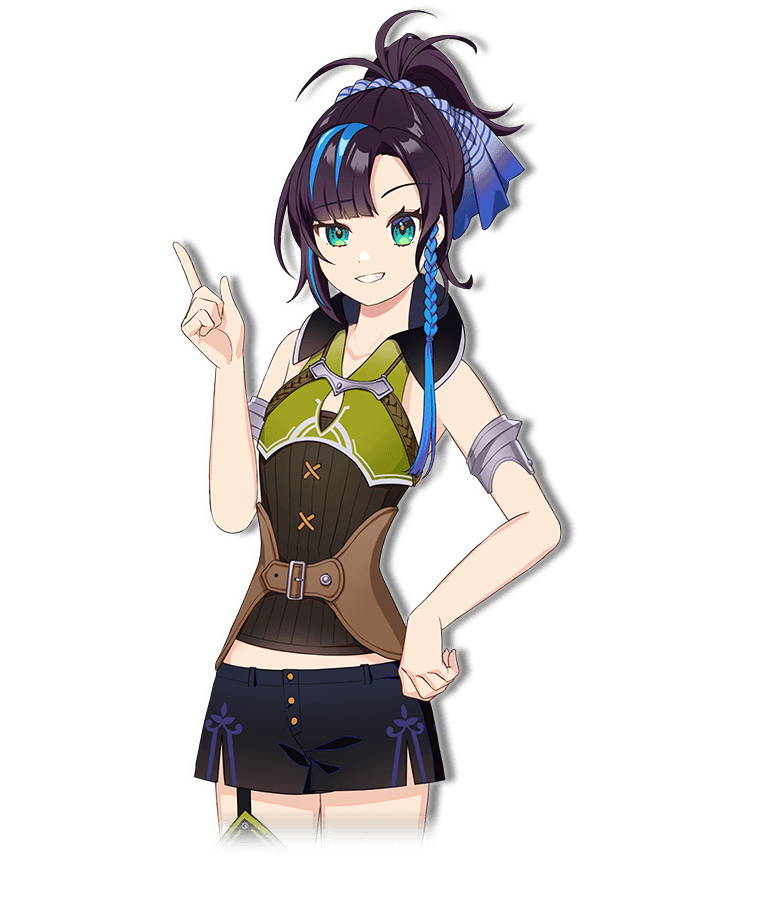 Sonetta is a trendy individual who plays the ruigat (pronounced roo-gah), a seven-stringed instrument and has an open and candid personality.  Being a very accommodating and light hearted person, Sonetta does not have trouble getting along with anyone but has a habit of calling anyone he respects "Miss" or "Mister", even when they're the same age.

Despite his skill with the ruigat and excellent sense for music, Sonetta is overall weak at songkravte as is poor at weaving mana into his music. He aims to join the military as a songkravter, following in the footsteps of Selphine's mother, the late Queen Sela Rughzenhaide, but the lack of aptitude has him at a loss. For now, he looks up to Miishah, and spends his days with as part of his group of "dropouts" in the Rendel Forest. 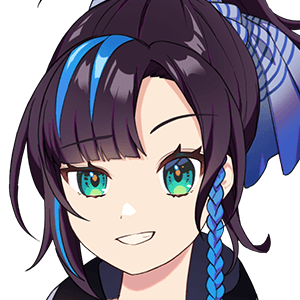 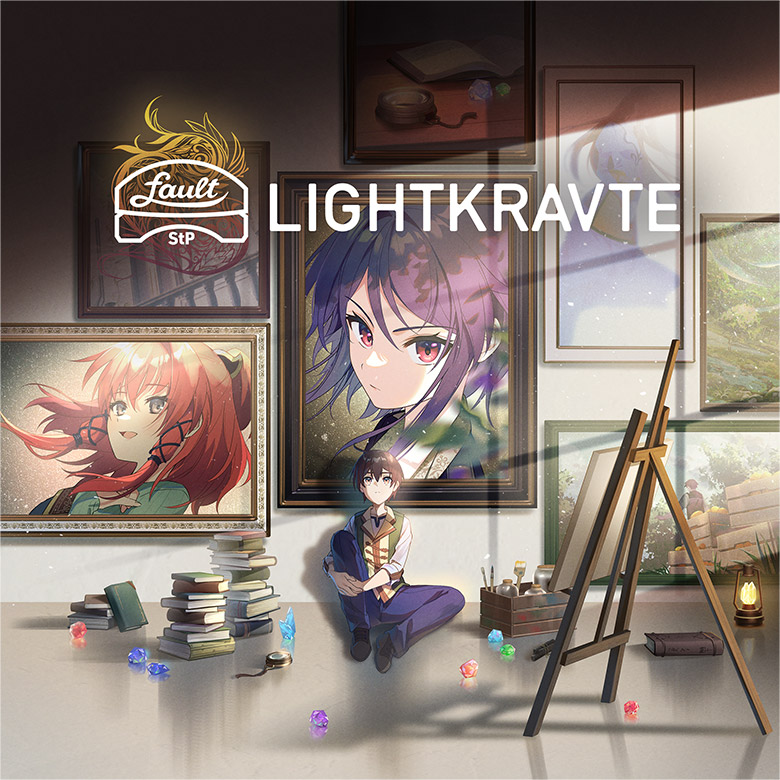 This original soundtrack includes all music featured in LIGHTKRAVTE, as well as unused music tracks and full-length versions of promotional video music.