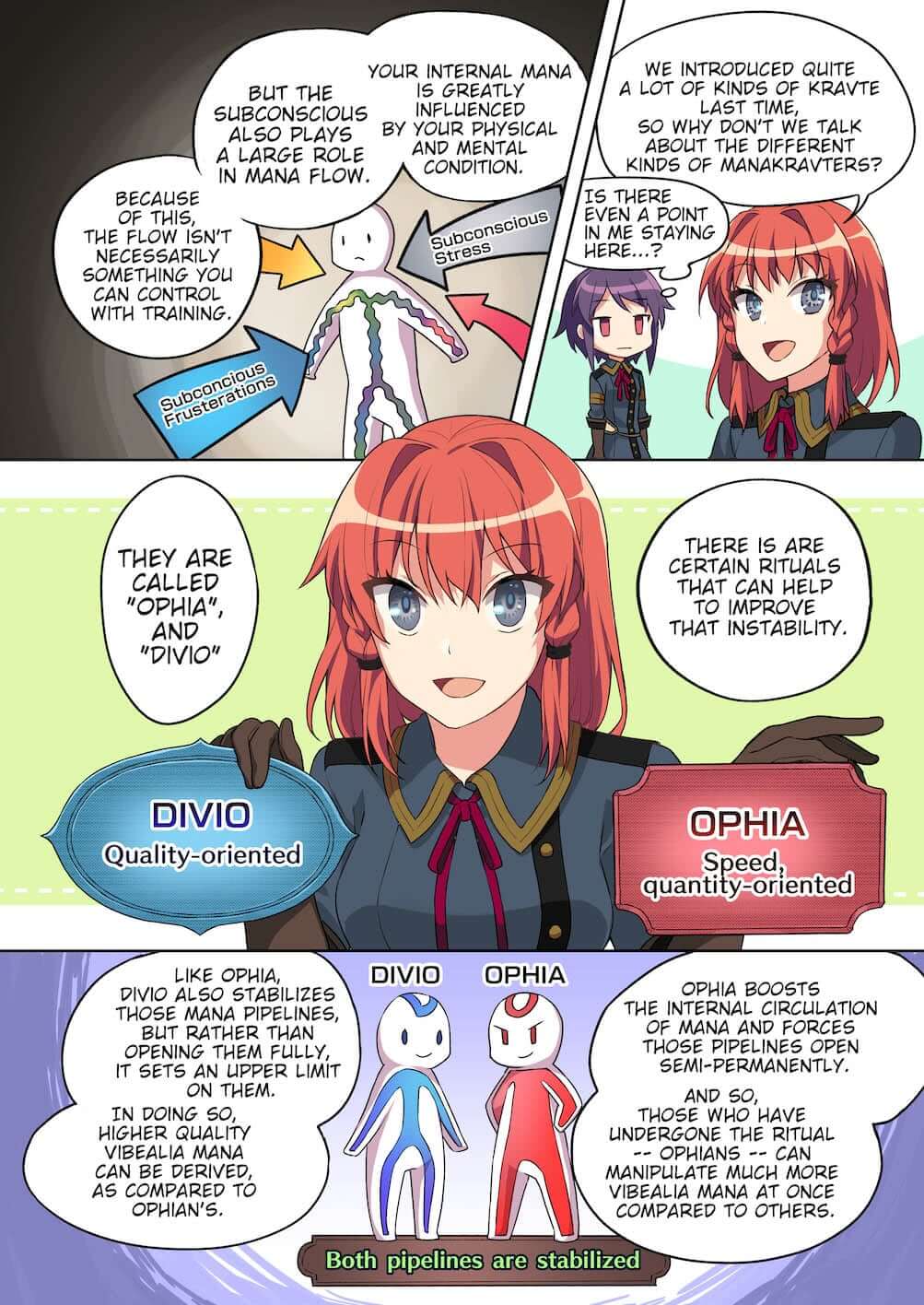 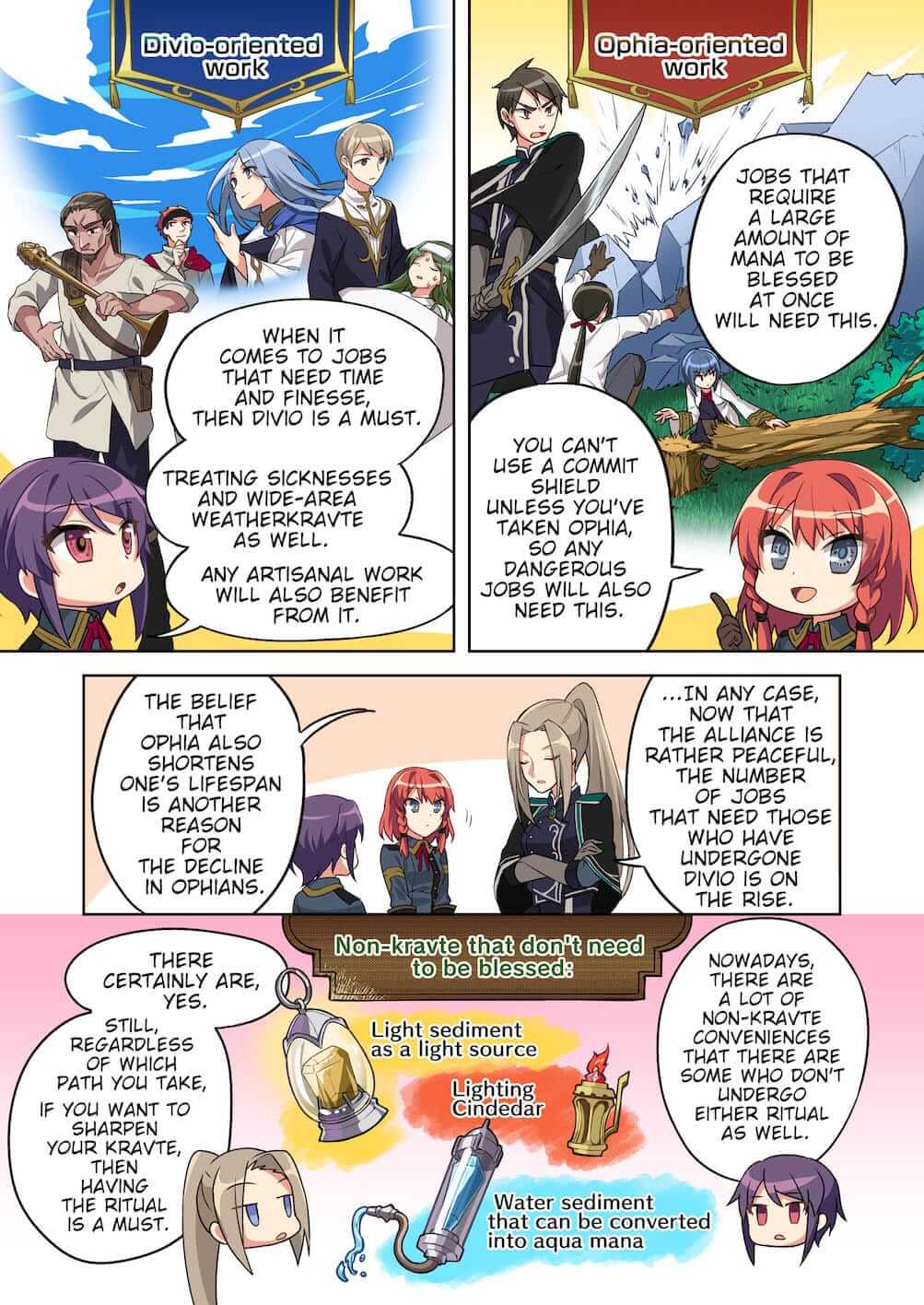 It's said that the lifespans of Ophians are one half~one third compared to those who undergo Divio.
Certainly, looKing at the numbers, Ophians' lifespans are shorter than Divians'.
However, this is simply because Ophia-oriented jobs are high risk; accidents and such cause early deaths, resulting in a statistically lower average lifespan for Ophians.

...Although, all of these prevailing beliefs are simply theories.

These two rituals are absolutely vital to a society built on the need to bless stable manakravte.
Thus, though the names may differ from country to country, these two rituals will without doubt exist in any given country whose society is built on manakravte.

The "non-kravte" mentioned in the manga refers to technologies that do not require the use of one's internal mana.
There are other non-kravte items that will pop up in the game -- do look out for them!